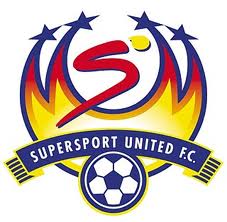 SuperSport United v Don Bosco football match will be in 03.03.2013 at Pretoria, South Africa for CAF Confederations Cup match. SuperSport United is not losing matches in South Africa League and they don’t also win too.. They just kept getting draw from matches whole in season. If they continue their performance they may enter to Guiness Records with their draws in a season. Actually not losing and not winning is a good and friendly ability. I would like to congratulate them. I believe SuperSport United may win many matches at CAF Confederations Cup. Cause they are better than many African teams. They have also beaten Don Bosco with 1-0 score in first leg.

AmaZulu v Maritzburg United football match will be in 12.02.2013 at South Africa for PSL League.  The match will start at 17:30 with GMT. Amazulu got 2 wins 2 draws and 3 loses in home matches in South Africa PSL League. AmaZulu also got 2 wins, 1 draw and 2 loses  and they scored 4 goals and conceded 5 goals in their last 5 home matches . Their home performance is not enough for them. They are standing at the bottom of league table at the moment. I don’t think that they are hopeless but they shouldn’t lose points at their http://www.ciprobuyonline.org home. I can also admit that Maritzburg United match will be too hard for each side.