Tottenham v Newcastle United football match will be in 09.02.2013 at London, England.  The match will start at 12:45 with GMT. Tottenham is standing 4th position in Premier League and they want to keep their position cause they want to qualify to Champions League next year. Their home performance is very good at Premier League. They didn’t lose any matches in home in 9 matches in a row and they had good football display in all of these matches. They got 6 wins, 4 draws and 2 loses in home matches in Premier League. Their last lose was against Wigan Athletic in 03.11.2012. They didn’t also lose 9 matches in a row in England Premier League.  Tottenham is in form. Emmanuel Adebayor won’t be in squad for Tottenham against Newcastle United because he is in national team for Africa Cup of Nations 2013.  Midfielder, Sandro also won’t play in this match because of his injury on knee. Sandro’s abscense will affect of Tottenham’s midfield performance but I don’t think that it will affect match result.

Auckland City v Team Wellington football match will be in Auckland, New Zealand for New Zealand Premier League. The match will start at 06.02.2013 01:00 with GMT. Auckland City has lost many points and they are dangerous position in the league now. If they want to qualify next tour in New Zealand Premier League, they should win this match. They have lost against Team Wellington and they have kıst at home and away last year and they have lost championship. I believe this time they won’t want to lose.

Senegal v Guinea football match will be in 05.02.2013 at Senegal for a friendly match. The match will start at 18:30 with GMT. Senegal National Football Team couldn’t join Africa Cup of Nations this year as same as Guinea. Senegal lost against Ivory Coast in home (0-2) and away (2-4) matches. They have played against Chile in a friendly in 16.01.2013 and they lost against Chile in away match with 1-2. They have played that match with local league players and head coach Alain Giresse gave chances to many young players of Senegal in Chile. 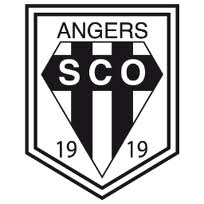 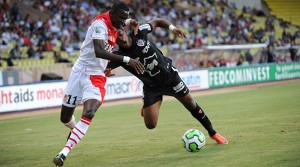 Guingamp v Angers football match will be in 05.02.2013 at Guingamp, France for France Ligue 2 match. The match will begin at 17:00 with GMT. Guingamp is going good in France Ligue 2. They are in forth position and there’s only 1 point difference with third. They want to promote France Ligue 1 in this season. If they want to qualify France Ligue 1, they should be more careful at their home matches. They have lost many points at home. They got 5 wins, 5 draws and a lose in home. Their away performance is better then this. Guingamp got three draws and two wins in their last 5 home matches. Their last home match was against Niort and they could able to beat them. Now their opponent is stronger then Niort and they are at 5th position in France Ligue 1.