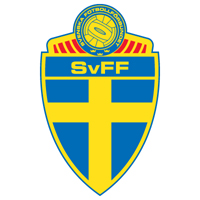 Sweden v Ireland football match will be in 22.03.2013 at Solna, Sweden for World Cup Qualification match. This match will be the most important match of group. It will be decisive who will get second position. Sweden got 2 wins and a draw in three matches. They have beaten Kazakhstan and Faroe Islands and they got a legendary draw against Germany. It’s legendary because they have come back while they were losing 4-0. Scoring 4 goals against Germany in an away match is really fantastic. They have done it. Adreas Graqvist from Genoa, Mkael Lustig from Celtic, Rasmus Elm from CSKA, Kim Kallstrom from Spartak Moscow, Zalatan Ibrahimovic from PSV and Ola Toivonen from PSV has been called up for Sweden squad. Johan Elmander is not in squad cause his injury.

Ireland National Football Team got 2 wins and a loose in group stage. They have beaten Faroe Islands and Kazakhstan and they have lost against Germany. Losing against Germany with 1-6 score was very heavy for Ireland. Ireland National Football Team footballers are generally playing at England Leagues. Keiren Westwood from Sunderland, John O’Shea from Sunderland, Stephen Kelly from Reading, Glenn Whelan from Stoke City, Robbie Keane from LA Galaxy, Shane Long from WBA has been called for this match. I love Ireland football team but I don’t think that they will get any result in this match.