Spain v Finland Football match will be in 22.03.2013 at Gijon, Spain for World Cup Qualification match. Spain has lost an important chance with getting draw against France in their home. They will try to fix that this disadvantage with winning against other teams in group. Spain has beaten Georgia and Belarus in away matches. They have the most quality squad of Europe and I believe they may beat any team in Europe. Victor Valdes, Pepe Reina, Sergio Ramos, Pique, Alberoa, Albiol, Jordi Alba, Xavi Hernandez, Xavi Alonso, Iniesta, Fabregas, David Silva, Busquets, Juan Mata, David Villa, Pedro Rodriguez has been called up for Spain squad for this match. Puyol, Iker Casillas, Javi Martinez won’t be in squad for this match. 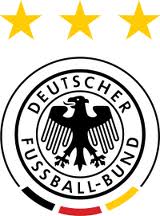 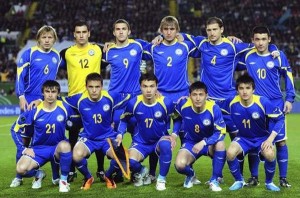 Kazakhstan v Germany  football match will be in 22.03.2013 at Astana, Kazakhstan for World Cup Qualification. Kazakhstan National football Team got 1 draw and 3 loses in their group matches. They got their only draw against Austria at home. they are playing very defensive and hard football against their stronger opponents. Climate and Geography of Kazakhstan make things harder for away teams too. Kazakhstan can get surprising results because of these reasons at home. They haven’t got any good player in their squad. Heinrich Schmidtgal and Baurzhan Islamkhan are the most valuable players of Kazakhstan squad.

Moldova v Montenegro football match will be in 22.03.2013 at Chisinau, Moldova for World Cup Qualification. Moldova National Football Team  got 1 win, 1 draw and 2 loses at group matches. They have lost against England and Poland, They have beaten San Marino and they got a draw against Ukraine. I don’t think that Moldova has any chance for qualify from group with their current squad qualty. Moldova National Football Team. Alexandru Epureanu, Simeon Bulgaru, Alexandru Gațcan and Igor Picușceac are the most valuable players of Moldova squad at the moment and we will watch them in this match.

France v Georgia football match will be in 22.03.2013 at Saint-Denis for World Cup Qualification match. France national Football Team has played 3 matches in group stages. They got 2 wins and a draw in these matches. They have beaten Finland and Belarus. They got their only draw against Spain in an away match with 1-1 score. An away draw against France gave them advantage in group, they shouldn’t lose any point in group matches if they want to use that advantage. Bacary Sagna, Adil Rami, Philippe Mexès, Florent Malouda, Samir Nasri, Abou Diaby hasn’t called up in France squad for this match. Karim Benzema, Blaise Matuidi, Franck Ribéry, Patrice Evra and Gaël Clichy will play in this match. 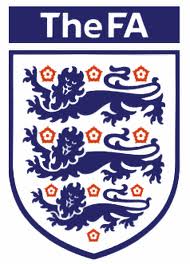 San Marino is the oldest republic of the world. I respect them because of that and I respect their football mentality too. San Marino is the weakest team of Europe certainly. Nobody expect them much in football matches. They just keep concede goals at matches. It’s the best thing they do in matches. They got only one win in their history and it was against Liechtenstein at 2004 and they got their first point against Turkey in 1993 with 0-0 score.