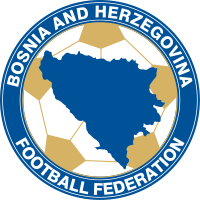 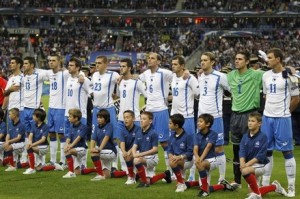 Bosnia Herzegovina v Greece football match will be in 22.03.2013 at Zenica, Bosnia for World Cup Qualification match. I should admit that Bosnia Herzegovina is my fave team at Qualifications this year. I expect them qualify from group stage as a group leader. they have a good squad. They have enough quality to do it. They got a draw and 3 wins at group stage. They got only draw against Greece in an away match. They have won other matches against Liechtenstein, Lithuania and Latvia. They have scored 15 goals and conceded 2 goals at 4 matches. If they can’t win this match i will be really dissapointed. Asmir Begovic from Stoke City, Emir Spahic from Anzhi, Miralem Pjanic from AS Roma, Elvir Rahimic from CSKA, Senad lulic from Lazio, Zvjezdan Misimovic from Guiozhu Reinhe, Edvin Dzeko from Manchester City, Vedad Ibisevic from Stuttgart will be in Bosnia Herzegovina squad in this match.

Greece National Football Team got 3 wins and 1 draw in group matches. They have beaten Slovakia, Lithuania and Latvia and they got draw against Bosnia. I believe Greece National Football Team will play a defensive football in this match and they will try to score goals with counter attacks. They are not scoring and conceding much goals as usual. I don’t think that they have enough quality to stop Bosnian offensive players in this match. Vasilis Torosidis from Roma, Loukas Vyntra from Levante, Giorgos Karagounis from Fulham, Theofanis Gekas from Akhisar BLD. Giorgos Samaras from Celtic has been called up squad for this match.