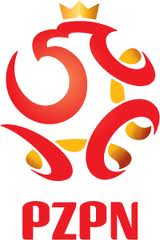 Poland v Ukraine football match will be in 22.03.2013 at Warsaw, Poland for World Cup Qualification match. Poland National Football Team has palyed three matches in group matches. They got 2 draws and 1 win till now. They got draws against Montenegro and England. They have beaten Moldova. They have still chance for qualify from group. England is standing at 2nd position in group with match difference at the moment. Artur Boruc from Southampton, Lukasz Piszcek from Borussia Dortmund, Jakub Błaszczykowski from Borussia Dortmund, Ludovic Obraniak from Bordeaux, Robert Lewandowski from Borussia Dortmund has been called-up for Poland National Team squad.

Ukraine National Football Team couldn’t win any match yet. They got 2 draws and 1 lose in their last 3 international match. They got draws against Moldova and England and they have lost Montenegro. It was probably the worst effort of Ukraine National Football Team in last 20 years. Generally local league footballers of Ukraine has been called for Ukraine for this match. Oleksandr Kucher, Anatoliy Tymoshchuk, Oleh Husyev, Andriy Yarmolenko, Yevhen Seleznyov will be in Ukraine squad in this match.