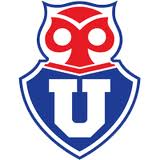 Deportivo Lara is a Venezuelan team and they are good at their league. However they are not very good at international matches. They have played in Copa de Sudamericana last year and they have lost against Deportes Tolima with 1-3 score in an away match. Now their opponent is stronger.

Match Preview: Universidad de Chile Wins and there will be 4-6 goals in this match