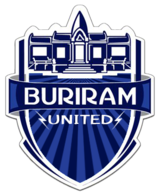 Buriram United v Brisbane Roar football match will be in 13.02.2013 at Buriram, Thailand for AFC Champions League Qualifies. The match will start at 11:00 with GMT. AFC Champions League Qualifying matches are just one round and home teams get advantage in draws. Brisbane Roar had home advantage in original draw and then they gave that advantage to Buriram United for reschedule this match.  I don’t think that it was a good option. Because Buriram United is dangerous team at home matches in Asia. They have beaten Kashiwa Reysol in a home match in AFC Champions League last year. Buriram United has 5 foreigners in their squad. They have transferred Osmar Barba (Spain) from Racing Santander in 2012 and he is vice-captain of Buriram United at the moment. 27 years old attacking midfielder Igor Burzanovic (Montenegro – 8 Caps) is also playing in team for 2 years. He was playing at Nagoya Grampus. Japanese winger Kai Hirano and Costa Rican striker Ariel Santana , 26 years old French striker Goran Jerkovic are their other foreign players. This will be a hard experience for Buriram United. Buriram United has no success in international base tournaments yet

Brisbane Roar F.C. is an Australian team and they have quality squad. However playing an away match will be always hard for them. They have good players in their squad. Albanian 27 year-old striker Besart Berisha is one of them. He played 46 matches for Brisbane and he scored 33 goals. Brisbane Roar scored 24 goals at total in this season and Besart Berisha scored 12 goals. He also capped 17 times for Albania but he just scored 1 goal in intenational matches. Other stiker is Brazilian Henrique but he is not in form at the moment. Attacking Midfielder Thoman Broich is another important player of Brisbane Roar. His and Besart Berisha’s performance will affect to match result. If Buriram United wants to win this match they should stop this two players first. Brisbane Roar’s general performance was quite dissapointing in this season and they won’t able to reach play-offs this season. They got 2 wins, 2 draws and 7 loses in away matches in this year.