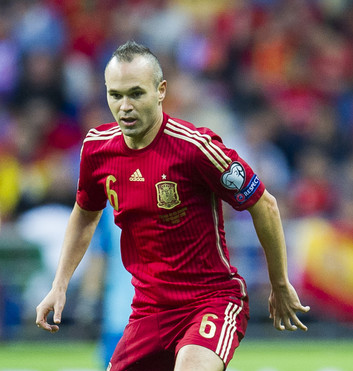 The finalists of Euro 2012 will meet in the first knock out stages of this year’s tournament. Italy topped Group E while the reigning European champions Spain finished second behind the Croats.

The match between the three-time winners Spain and the Euro 1968 champions Italy will certainly be an enticing affair. Italy are tactically the most-disciplined side in France while Spain still have the perfect blend of talent and experience in their ranks.

Spain have an upper hand when it comes to the head-to-head meetings between these two sides. The Spaniards have won 11 and drawn 11 of their 30 total fixtures against the Italians. Azzurri’s last win over the 2010 World Cup winner’s came in an international friendly in August 2011. However, Italy’s last victory against Spain in a major tournament was in the quarter-finals of the 1994 World Cup, almost 22 years ago.

Another interesting statistic, the Italians haven’t scored in three of their last four knock out games at the Euros. Antonio Conte’s team have looked solid in defense but they are also doing quite well in the goal scoring department.

For Spain, Andres Iniesta is pulling the strings from the midfield. The Barcelona legend is unarguably among the best players of the tournament so far and the team depends on his ability to thread a penetrating pass in the attacking third.

On June 27th , the Italians will look to avenge the humiliating 4 – 0 loss in the 2012 final. The winner of this tie will most likely meet the reigning world champions Germany in the quarter-final.

A really difficult match to call and sure to one of the games of the tournament.

I expect a low scoring affair, but I just think Spain will edge it.