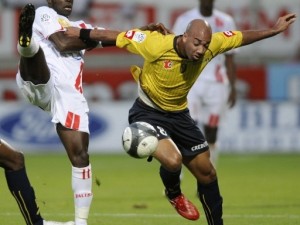 Sochaux v Troyes football match will be in 26.02.2013 at Montbeliard, France for France Cup match. Sochaux always dissapointing me with their performance in France League. I expect much more from them. They have good and young squad but they can’t use it well. Sochaux got a win and two draws in their last three matches. Two of these matches were against important teams of France. They managed to get a draw against Rennes at away with 2-2 score and they have beat Paris Saint-Germain with 3-2 score. That was a good performance of Sochaux. Sochaux got other draw against Troyes at away with 0-0 score. They have beaten Troyes at home in 22.09.2012 with 3-1 score. Sanjin Prcic, Thierry Doubai and Pierrick Cros are injured at Sochaux squad. Thierry Doubai’s injury is an important abscense for Sochaux squad but I don’t think that it will affect this match result.

Troyes didn’t lose 6 matches in a row in France, However they could win just two matches about a month ago. Troyes is relegation candidate in France Ligue 1 and they could manage to get only 4 draws at away matches in the league. They managed to get 3 draws and 2 loses in their last 5 away matches. There’s no injured or banned player in Troyes squad.