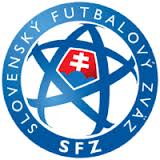 Slovakia v Lithuania football match will be in 22.03.2013 at Zilina, Slovakia for World Cup Qualification match. Slovakia National Football Team has played 4 matches and they have lost one of these matches in World cup Qualification matches. Slovakia has beaten Liechtenstein and Latvia and they got draw against Lithuania. Their only lose was against Greece in group matches. Radoslav Zabavnik from Mainz 05, Vladimir Weiss from Pescara, Miroslav Stoch from Fenerbahce, Robert Vittek from Istanbul BB, Stanislav Sestak from Bursaspor and Erik Jendrisek from Freiburg won’t be in Slovakia squad against Lithuania. I think head coach of Slovakia is making important rotations at Slovakia squad. Filip Holosko from Besiktas, Marek Hamsik from Napoli, Martin Skrtel from Liverpool, Jan Durica from Lokomotiv Moscow will be in Slovakia squad for this match. Head coach Stanislav Griga has made changes generally at offensive sides.

Lithuania National Football Team couldn’t grow a good footballer for years and they couldn’t get good  results from international matches for a while. Lithuania National Football Team got 1 win, 1 draw and 2 loses in their 4 group matches. They got a draw against Slovakia in home and they have beaten Liechtenstein They got their loses against Greece and Bosnia. Marius Stankevicius, Marius Zaliukas, Tomas Danilevicius won’t play against Slovakia.