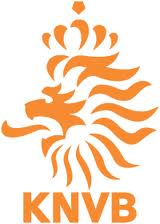 Netherlands v Estonia football match will be in 22.03.2013 at Amsterdam, Holland for World Cup Qualification match. Netherlands has won every matches in World Cup Qualification and I believe they will qualify as group leader at the end of group matches. They have scored 13 goals and conceded 2 goals at 4 matches in group. Now they will face with Estonia at home. Maarten Skatelenburg, Joris Mathijsen, Ron Vlaar, Rafael van der Vaart, Wesley Sneijder, Dirk Kuyt, Robie Van Persie and Arjen Robben will be in squad for this match. John Heitinga, Gregory van der Wiel, Nigel de Jong, Klas Jan Huntelaar and Ibrahim Afellay won’t play in this match. If these players could play in this match, I believe Netherlands could score more then 5 to Estonia but I doubt if they can do it with their unexperienced squad.

Estonia National Football Team amazing season at Euro 2012 qualifies but they don’t have any chance in their current group now. They could manage to beat only Andorra in group and they have only 3 points. They have lost against Romania, Turkey and Hungary. They have scored only one goal and they conceded 6 goals in group matches. Ragnar Kalavan from Augsburg, Joel Lindpere from Chicago Fire, Adres Oper from Nea Salamis are their the most valuable players of squad.