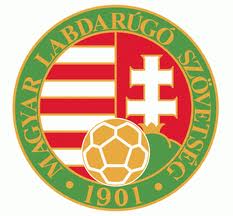 Hungary v Romania football match will be in 22.03.2013 at Budapest, Hungary for World Cup Qualification match. Hungary had decent performance at group matches till now and they got 3 wins and a lose. They have beaten Turkey with 3-1 score in home in their last match and they got an important advantage in group. They have also beaten Estonia and Andorra. They have lost against Holland and it was expected. Adam Bogdan from Bolton, Jozsef Varga from Furth, Tomas Hajnal from Stuttgart, Adam Pinter from Real Zaragoza, Imre Szabics from Sturm Graz is the most valuable players of Hungary’s current squad. Zoltan Gera has injured and he won’t be in squad for this match.

Romania National Football Team has same point with Hungary National Football Team and it seems both teams will fight for second place in group stage. Turkey may join that race but they should get better results in their incoming matches. Romania National Football Team got 3 wins and a lose in their international matches. Romania has beaten Estonia, Turkey and Andorra in group and they have lost against Holland in home with 1-4 score. Holland match was their last match in group. Razvan Rat from Shakhtar Donetsk, Gabriel Tamas from WBA, Gabriel Torje from Granada, Costin Lazar from PAOK are the most valuable players of Romania squad. Ciprian Marica, Marius Niculae, Adrian Mutu, Daniel Niculae, Razvan Cocis won’t be in Romania squad for this match.