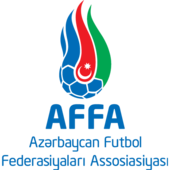 Luxembourg v Azerbaijan football match will be in 22.03.2013 at Luxembourg for UEFA World Cup Qualification match. Luxembourg got 1 draw, 3 loses in their last 4 matches. They got a draw against Northern Ireland and they have lost other matches. They have lost against Israel at home and away; and Portugal in home. Luxembourg National Football Team footballers are generally playing at local league teams of Luxembourg. F91 Dudelange had a good season in Europe this season. There are a few players from F91 Dudelange in Luxembourg squad. Lars Gerson from IFK Norrkoping, Mario Mutsch from St. Gallen and Aurelien Joachim from Willem II is their the most valuable players.

Head coach Berti Vogts gave too many things to Azerbaijan and they are playing better in their international match than past matches. Neftchi Baku had a good success in Europe this season but their players are generally foreigner. There are a few players in Azerbeijan squad from Neftchi. Azerbaijan National Football Team got two draws and 2 loses in group matches. They have lost against Russia and Portugal and they got draw against Northern Ireland and Israel. They were too close to beat Northern Ireland in an away match but they conceded a last minute goal.