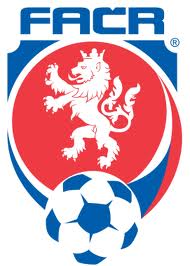 Czech Republic v Denmark football match will be in 22.03.2013 at Olomouc, Czech Republic for World Cup Qualification match. Czech Republic has won only one match in group stage and they got 2 draws. They got draws against Denmark and Bulgaria and they have beaten Malta with 3-1 score. Petr Check, Michal Kadlec, Theodor Gebre Selassie, Tomas Rosicky, Jaroslav Plasil, Tomas Hubschman has been called for Czech squad. Milan Baros hasn’t called up for Czech squad again. I believe it’s because his lack of match fitness. If he goes on to play Banik Ostrava, I believe he will be called http://www.genericpropeciabuyonline.com/propecia-price.html again in the future.

Denmark National Football Team got 2 draws and 1 lose in qualification matches. I should admit that they have very hard group. Italy has a proven quality, Bulgaria has never been an easy opponent for other teams for years, Czech Republic has a good squad, Armenia had very good performance in last Euro 2012 Qualifies… Daniel Agger, simon Kjaer, William Kvist, Denis Rommedahl has been called up for squad for this match. Christian Poulsen, Nicklas Bendtner hasn’t been called up squad for this match. I believe Denmark has a problem in offense.