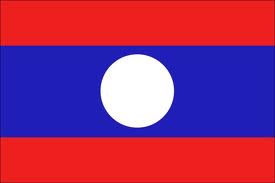 Laos v Mongolia football match will be in 02.03.2013 at Viantiane, Laos for AFC Challenge Cup Qaulifies. Laos National Football Team got 1 draw and 2 loses in their last 3 matches. They have lost against Singapore with 3-4 score and lost against Malaysia with 1-4 score. They got a draw against Indonesia National Football Team with 2-2 score. Laos is standing 173th position in FIFA World Rankings. Laotian players are generally  playing local leagues and Thailand league. Ketsada Souksavanh, Soukaphone Vongchiengkham, Kanlaya Sysomvang,Visay Phaphouvanin and Khampheng Sayavutthi are the most valuable players of Laos National Football Team and they will in Laos squad against Mongolia in this match.

Mongolia National Football Team is standing 181th position in Fifa World Rankings. Mongolia is generally playing good at home but they are not very successful at away matches. They got 2 wins and a draw in their last three matches.  They have beaten Myanmar and Philippines but they have lost against Myanmar in another match. Mongolia National Football Team’s head coach Erdenebat Sandagdorj has called a few experienced players to National Team squad for incoming match. Other players are only capped for a few times for National Team.