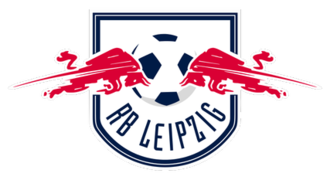 With just 2 points separating current Bundesliga runners-up RB Leipzig and 4th-placed Eintracht Frankfurt, Monday evening’s clash between the two at the Commerzbank-Arena can be expected to be a cracker. While Leipzig have been able to maintain their position in the Top 4 all throughout the season with consistent performances, Eintracht have managed to move almost 5 places up, thanks to an excellent run of 7 games starting mid-December. Barring an inexplicable 0-3 loss to Augsburg in February, coach Niko Kovac’s men have won four of the remaining six games in this uplifting 2-month spell. The German Eagles seemed to have found their mojo back after the Augsburg debacle with a convincing 4-2 win against FC Koln last Sunday. The problem with Eintracht is that they haven’t been able to get their defenses right with Kovac changing formations in every game. The Frankfurt team despite their recent improved performances haven’t been able to stop rivals from scoring which is manifest from the fact that they have managed just one clean sheet from 15 previous Bundesliga outings. This is one statistic that Leipzig coach Ralph Hasenhuttl will keep in mind when his men visit Frankfurt next week.

In 21-year old Timo Werner, Leipzig have the kind of striker who can exploit Eintracht’s weakness at the back. The young German international has already accumulated 14 goals for his club in the current season and will look forward to add to that tally on Monday. A surprise addition to the Leipzig forward line is another young talent in the form of the 20-year old on-loan Everton striker, Ademola Lookman. Lookman’s stubbornness in leaving the English club for greener pastures in the Bundesliga more than paid off when he scored a vital debut goal in the dying minutes against Borussia Moenchengladbach in an away game that certainly seemed heading for a goalless draw. Leipzig’s incredible mid-field line-up of Marcel Sabitzer, Naby Keita, Kevin Kampl and Bruma feeding the goal-hungry duo of Poulsen and Werber should prove more than a handful for the Eintracht defense on Monday.

RB Leipzig’s defense, too, haven’t fared better than their Monday rivals and in fact, having conceded more goals than them in the 2017-18 season so far. Sebastien Haller and Ante Rebic with 8 and 5 goals respectively have the caliber to put the Leipzig back-line to the sword. So one could expect goals coming from either side.

Since the time of Leipzig’s sensational entry into the Bundesliga in 2015-16, these two sides have met on three occasions and Eintracht are yet to scent victory. The previous clash earlier in the current season in September 2017 was a close affair at the Red Bull Arena, Leipzig, with the hosts managing to prevail 2-1. Odds as expected are very marginally in favor of RB Leipzig at the Commerzbank-Arena, Frankfurt, come February 19, Monday. A tight encounter seems to be on the cards.