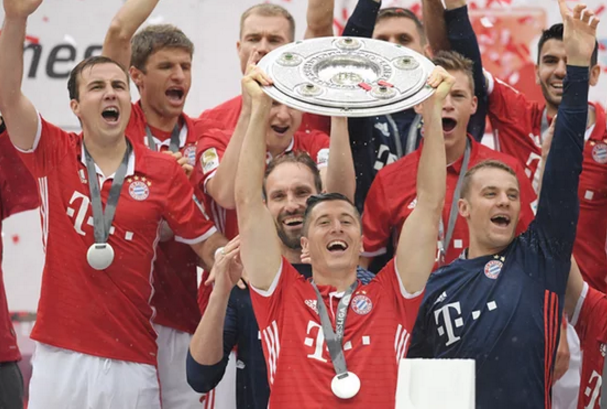 The Saturday’s German Cup final will be Pep Guardiola’s last match as a Bayern Munich manager as he is set to take on the reins at English club Manchester City at the start of next season. It will also be Mats Hummels last game in Borussia Dortmund jersey as he will join the ranks at Allianz Arena beyond the summer transfer window.

The Bavarian giants sealed the Bundesliga title in a comfortable fashion but they have an opportunity to add one more silverware, which would also be the parting gift to outgoing Spanish boss. Bayern finished ten points above Thomas Tuchel’s Dortmund, however, the new manager deserves a lot of credit for doing a commendable job in his debut season.

The record-German champions beat Dortmund 5 – 1 in their first meeting of the 2015/2016 season. The second meeting in the Bundesliga was a 0 – 0 stalemate at Signal Iduna Park. After getting knocked out of the Champions League, Bayern went on an unbeaten run. They won five of their last six league fixtures in contrast to the Black and Yellows who won three and lost one.

These two sides collided in last season’s semi-final of the DFB Pokal at the Allianz Arena. Dortmund came out on top, after beating Guardiola’s team in a penalty shootout, only to lose to Wolfsburg in the final.

Bayern Munich defender Javi Martinez is a big doubt for the final as he sustained ankle injury in the training session. He was also absent from team’s title celebration last week. In 2013, the 27-year-old centre-back was influential in the Champions League final against Borussia Dortmund and has always performed well against the Black and Yellows.

It will be a difficult night for Borussia Dortmund skipper Mats Hummels. Despite his promises of never leaving Dortmung for Bayern, Hummels will now follow in the footsteps of former teammates Lewandowski and Gotze.