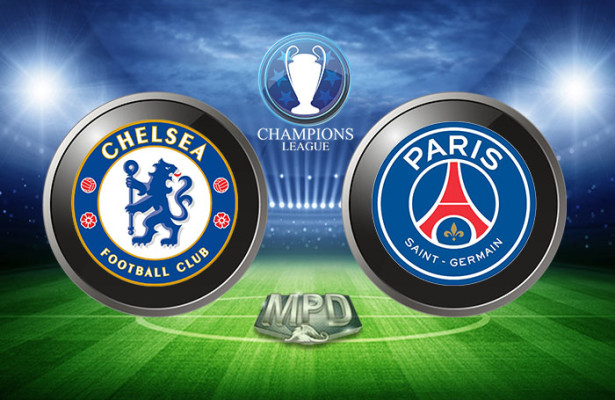 Paris Saint Germain nicked a 2 – 1 win over the Londoners in the first leg of the Champions League round of 16 at Parc des Princes. However, they can’t afford to be complacent when they travel to Stamford Bridge with a narrow advantage.

Chelsea just need a 1 – 0 victory in the return leg to go through to the quarter-finals of the Champions League. An away goal scored by John Obi Mikel in Paris might prove to be a crucial factor on March 9th.

The Blues were knocked out by the Parisians in the round of 16 last season. The first leg in France finished 1 – 1 but the Ligue 1 outfit drew 2 – 2 in London to advance to the next round thanks to the away-goal rule. Chelsea will certainly want to avenge the loss last season.

PSG’s 36-game unbeaten run in Ligue 1 was ended by Lyon at the weekend. The Ligue 1 leaders were beaten 2-1 in Lyon’s brand new stadium. Paris Saint Germain have two fixtures prior to their big encounter in West London. They face ASSE in the French Cup quarter-final on Wednesday, following which they invite Montpellier for their 29th league game at the weekend. PSG are 23 points ahead of their closest competitors Monaco and they can certainly wrap up the league title within the next few weeks. Thus, Laurent Blanc can afford the luxury of resting most of his important players on Saturday.

On the other hand, Guus Hiddink can’t afford more slip-ups as the Blues are currently 11th in the league table and they are still quite far from the Europa League spot. They play Norwich in the midweek and Stoke City on Saturday. Mark Hughes’ side are not easy team to beat and thus the Blues will have to prepare very well for the upcoming matches. They also have a tough FA Cup fixture at Everton on March 12th. Chelsea’s Dutch boss was furious after the scheduling of their FA Cup tie.

Hiddink said: “We have a tight schedule, Norwich on Tuesday and then Stoke and PSG. Then, surprisingly, the Everton game was put on a Saturday instead of a Sunday. Normally we should have played Liverpool on the Sunday. I don’t know who has decided that, all of a sudden, the Liverpool… It was astonishing that people could change the kick-off time. We have PSG on Wednesday night. Hopefully it doesn’t go into extra time. The players, not just Chelsea players, need time when the intensity of the league is like this. The medical people at the FA and the Premier League should make this known as well. We have to protect the players. Every club and the FA have medical departments. The doctors should stand up and say: ‘FA, television, whoever…. hey.’ It’s five games away, so there’s time, but I’m frustrated by that.”

With Chelsea having it all to play for they can’t afford to sit back, for this reason I think there will be at least three goals in this game. The odds for an over 2.5 goal bet look value to me.