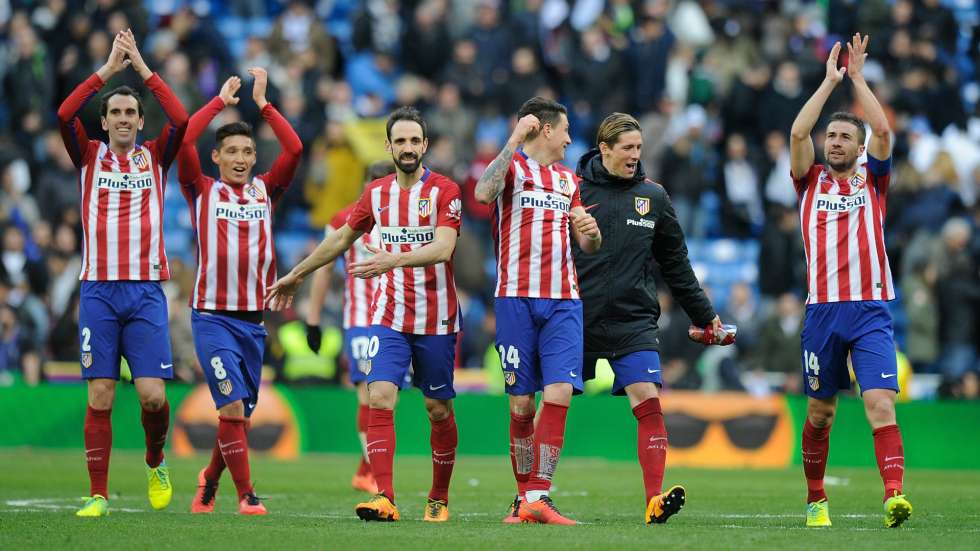 Atletico Madrid defeated Real Madrid 0 – 1 at the Santiago Bernabeu on Saturday. Rojiblancos are now four points ahead of their close rivals. However, Barcelona are the clear favourites for the Spanish league title as they have an eight point lead on Atleti, with only 12 matches to go.

Atletico travel to the Mestalla Stadium on Monday for their 28th match of the season. The visitors are the heavy favourites to return with all three points as Valencia are evidently struggling a lot this season. Los Che lost to Athletic Bilbao 3 – 0 at home on Sunday. It was their ninth loss of the campaign and they are now realistically out of contention for the Europa League spot as they are currently 10 points behind the sixth-placed Sevilla.

Gary Neville’s tenure at Valencia has been very disappointing so far. They have plummeted to the 12th spot in the league table. However, Valencia’s performances and results over the last few weeks have been improved quite a bit. They have won four of their last six fixtures in all competitions. They also drew 1 – 1 to Barcelona in the second leg of the Copa del Rey semi-final. However, they had to bow out of the tournament after suffering a 7 – 0 loss at the Camp Nou in the first leg. Valencia have also reached the last 16 of the Europa League after the 10 – 0 aggregate win over Rapid Wien.

With three wins and two draws in their last six games in all competitions, Atletico Madrid have a slightly inferior form to their opponents next week.

In October 2015, Diego Simeone’s side defeated Valencia 2 – 1 in their first meeting of the 2015/16 La Liga season. But Atletico can’t take the hosts for granted as in this same fixture at Mestalla last season, Valencia beat Atletico 3 – 1.

Prior to their league meeting Valencia travel to Malaga on Wednesday.

The odds for an Atletico Madrid win seem overpriced to me at 2.10. For that reason I think this looks like a good value bet