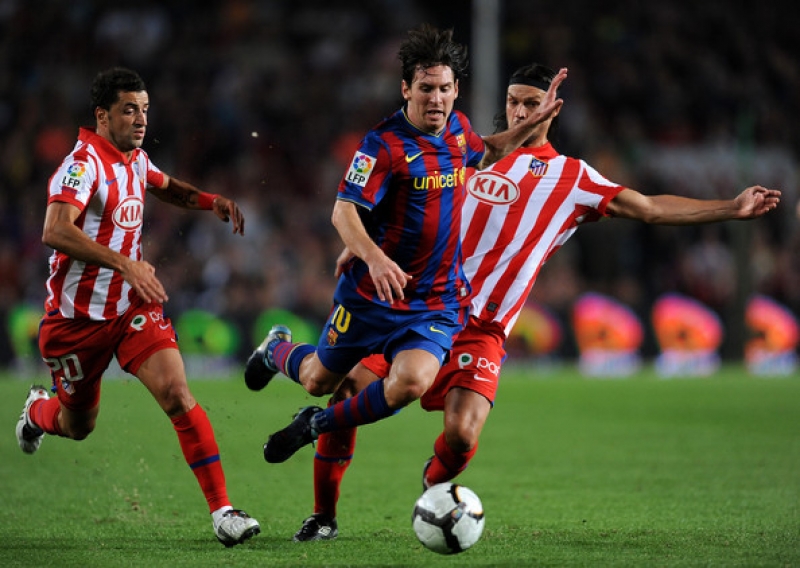 Luis Enrique’s Barcelona are on the verge of retaining their La Liga title as they currently lead the Spanish league table ahead of rivals Atletico Madrid and Real Madrid.

However, the Catalonian giants don’t have any margin of complacency going into the final two matches of the season. Barcelona and Diego Simeone’s Atletico Madrid have acquired equal points but are separated by goal difference. But unlike the Premier League, which is settled on goal difference, La Liga’s tie breakers are decided by a straight aggregate scoreline between the two sides. So, Barca have an obvious upper hand on both the capital sides.

Just six weeks ago, the suggestion that anyone other than Barcelona would be crowned champions in May would have been dismissed as foolish in the extreme.

Barca’s fierce rivals Espanyol are currently 15th in the league table and are simply the inferior side as compared to mighty Barcelona but emotions can play a part in such deciding derbies and Espanyol would certainly love to spoil the party for their Catalan rivals.

The reigning European champions picked up a 0 – 2 over Real Betis on Saturday while their opponents at the weekend beat Sevilla 1 – 0 at home.

Both these sides have lost three of their last six league matches but Barcelona have an edge with three wins as compared to Espanyol’s one in rest of the matches.

All these three contenders for the Spanish league title will play their penultimate game of the season on Sunday at the same time.