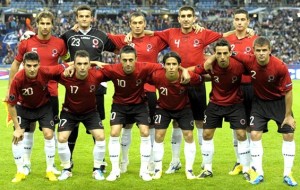 Albania National Football Team is standing 67th position in Fifa World Rankings at the moment. It makes them 31th best team of Europe. Albania is always playing good matches in home. If they even lose they are playing pretty well football in Albania But I can’t say that it’s same in away matches. If they were playing good in away matches I think they could be in better position at the moment. They have proved that in Euro 2012 Qualification Groups. They only got a lose against France in home matches in qualifications.

Albania started well World Cup Qualifications Stages. They won against Cyprus with 3-1 score in Home. However they lost against Switzerland in an away match.  They played well against Switzerland but they couldn’t manage to score any goal in Switzerland. In third match they got a surprising result in Albania and lose against Iceland… Iceland scored goals at the beginning of match and at the end of match and played good counter attack football against Albania. Albania’s fourth match was at Albania again and they win against Slovenia.

Samir Ujkani: 24 years old goalkepeer is playing for Palermo in Italy. He started professional football in Sporting West Harelbeke in Belgium in 2001. Anderlecht has transferred him for 2006-07 season and he started to play for Palermo in 2006. He also loaned to Novara from Palermo.

Erjon Bogdani: 36 years old striker started to football in Partizani Tirana. He capped 71 times for Albania National Football Team and it seems he will still play if they call him to squad. He is still playing football at Siena in Serie A. He scored 17 goals for Albania National Football Team. He also played for Genclerbirligi, NK Zagreb, Reggina, Salernitana, Verona, Chievo, Livorno and Cesena in his career.

Albanian football clubs are not very successfull in Europe. They don’t have very good teams and they rarely grow good players in Albania. Albanian football players (good ones) generally grows in foreign countries. Their most known teams are Vllaznia, KF Tirana and Flamurtari. 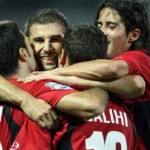 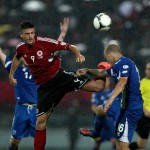 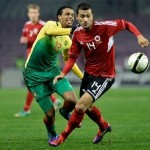 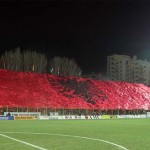