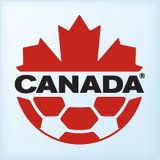 Canada will host Denmark National Football Team in 26.01.2013 at Tucson, Canada. Canada had dissapointed results in World Cup CONCACAF qualification rounds and they couldn’t qualify final group stage. Head coach Colin Miller didn’t call-up his starting line-up players against Denmark. He called a few experienced players and young players. I think he want to add a few new players at Canada National Soccer Team. Lars Hirschfeld from Valerenga, Dwayne De Rosario from D.C. United, Tosaint Ricketts from Sandnes Ulf are the most experienced players in Canada National Soccer Team for this match. Frank Jonke from Jaro, Roberto Stillo from Genoa, mason Trafford from Mariehamn will called-up for national squad and there are many young players in squad. That will make things harder for Canada against Denmark but this is just a training match for them. 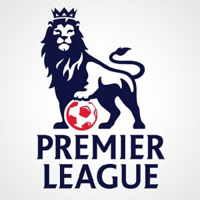 There are alot of Web Page about Fantasy Football Games currently. I just want to introduce some of them to you. I will start it with Official Fantasy Football Game of England Premier League. The Game is looks like UEFA’s fantasy football games. At the beginning in the game you have points to get new players for your squad.  You may change your  a few players for incoming fixtures.

You can download game for Windows and Blackberry and you can get it in Appstore, Ovistore.

At the beginning of the game they give you 100 million pounds and you get 15 new players with that cash. 2 goalkeepers, 5 defenders, 5 midfielders and 3 attackers. You may only pick 3 players from a single team. and you choose your captain and vice captain.

There’s a gameweek deadline in the game. You should pick your squad before deadline and submit. You get your all points from your starting 11. If your captain scores in the match, you will get 2 times better points then normal one.

Galatasaray will host Fenerbahce in TT Arena Stadium in Turkey. It’s one of the most important match of Turkey. Sometimes for supporters; it’s even more important to win this match then being champion in the league. So both teams want to win this match. Galatasaray had a shock defeat against a second league team in Turkish Cup. Their supporters were quite dissapointed because of that. Winning against Fenerbahce will be a good excuse to supporters. Galatasaray is leader of Turkish Super League with 29 points, Fenerbahce is standing at 2nd position with 27 points. Both teams total players value is 290 million Euro.

It’s the most important soccer match of Tunusia in club base. Both teams are eternal rivals and they are playing for getting championship of Tunusia.  Club Africain lost many points in the beginning of league. They played 5 matches in league yet and they got 3 draws and 2 wins but their rival Es Tunis won every matches in Tunusia League. However Club Africain fixed rheir problems in squad and they won their last 2 matches.

Al Ahli having better season then last year and they don’t want to lose any points because they are standing 2nd position in UAE League and their 6 points difference with leader team. Al Ahli’s home match performance is not better then away performance but I believe they are strong enough to beat Al Dhafra in a home match. Al Ahli won last two matches in UAE League…