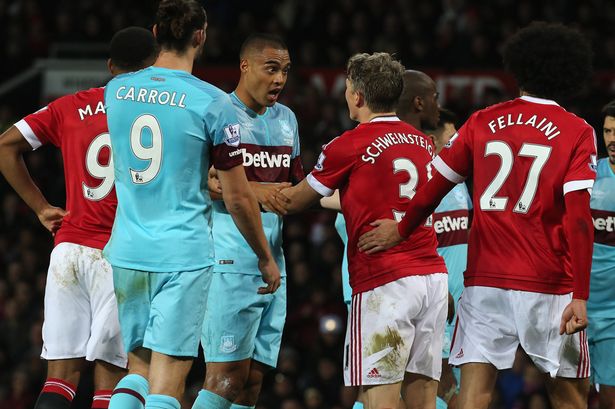 Competition is rife throughout the top half of the Premier League. Finishing in the top eight will be an impressive feat this season, considering the quality of teams like Leicester, Tottenham, Liverpool, Everton, Southampton, West Ham, and Stoke City. This will be a pivotal fixture if either of these sides wants to earn a place in the Europa League.

West Ham are enduring a difficult spell in which they have been deprived of the injured Dimitri Payet, Diafra Sakho, and Emmanuel Lanzini. However, the diminutive Italian could be line for a return in time to face Stoke. They have not been especially creative without those three attackers on the pitch.

Slaven Bilić seems to understand how the team needs to play when they do not have their best attackers. They gave up 63% of possession in their 0-0 draw with Man Utd, but they managed to limit the Reds to just one shot on target from 21 total attempts. A similar performance will be required if they are to shut down the currently in-form Stoke City.

Playing in last Saturday’s early game, Stoke stole most of the headlines by convincingly beating Man City 2-0. Honestly, the Potters could have and should have scored more. They entirely outclassed the Premier League favourites in a game where howling winds made life extremely unpleasant for the overpaid stars. But Stoke had no such concern and were all too happy to take the game.

Stoke have been excellent in their defensive performances away from home, having conceded just seven goals in eight games. The problem, though, has been their six goals, but this can improve now that Bojan, Xherdan Shaqiri, and Marko Arnautović are linking up so well.

West Ham displayed with a defensive strength against Man Utd that suggests the Hammers will play with greater restraint while their best players are injured. Meanwhile, Stoke have not been too effective when scoring away from home. Therefore, this could be a tense game in which both sides battle to a draw.