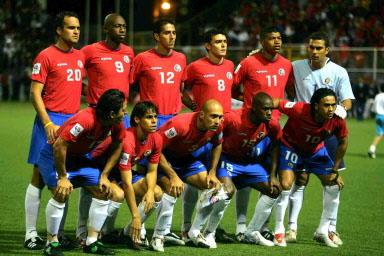 Uruguay National team will start their first group stage match, they are in Group D and their first match will be against Costa Rica. Uruguay have been outstanding lately, as they managed 6 matches undefeated.

They have many wins lately, against Argentina they beat them 3-2, which was a tough game for both teams but they managed the win, then they beat Jordan 0-5 playing away, with a big goal feast and after that match they had a disappointing goalless draw against Jordan playing away, which was totally different to their previous match when they played against them. After that disappointing match, they drew with Austria and managed wins against Northern Ireland 1-0 and Slovenia 2-0.  Uruguay are now full of confidence as they head for their first World Cup match. Uruguay will be looking to gain the 3 points they need to give pressure on the teams in their group.

Uruguay key players to look watch out for are: Edinson Cavani, who have been amazing for PSG but couldnt get his favourite role due to Ibrahimovic, it will be interesting to see him in his favourite role with the national team. Another key player to look out for is Luis Suarez, who have scored lots of amazing goals for Liverpool and almost helping his team win the Premier League.

Uruguay National team are currently ranked in 7th position in the FIFA/Coca-Cola World Ranking, which was just updated in June. This is a great ranking for them, which shows how strong they really are.

Costa Rica National team have actually been really disappointing lately and if you ask me, I don’t think they deserve to be in this World Cup this year. Here are their stats:

As you can see,  they have many losses recently. They lost to Australia 1-0, Chile 4-0, Korea Republic 0-1 and managed to end the 3 match losses by beating Paraguay 2-1 then they lost to Japan 1-3, which was a disappointing home loss. Costa Rica just recently drew with Republic of Ireland, which ended in a 1-1. This match will be really tough for them, as Uruguay have great strikers, so they will need to keep an eye on their key players.

Costa Rica key players to look forward to are: Álvaro Saborío, who have scored many goals for his national team. Carlos Hernández their midfielder.

Costa Rica National team are currently ranked in 28th position in the FIFA/Coca-Cola World Ranking, which was just updated in June.

We predict this match will be tough, but we think Uruguay have a better chance to win this match, as their strikers are strong so we choose them. It will be really interesting to see if Costa Rica’s defense will be solid enough. If they can stop their strikers, then I think Costa Rica has a chance.