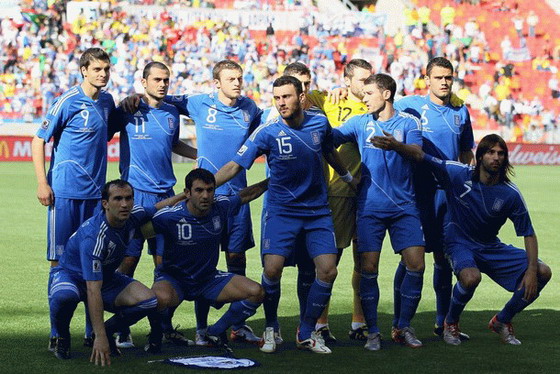 Colombia National team will start their first group stage match, they are in Group C and their first match will be against Greece.

Columbia have been outstanding lately, as they managed 7 matches undefeated.

They have many draws lately, against Netherlands they drew goal less, against Tunisia they drew 11 and against Senegal they drew 2-2. Columbia managed to beat Jordan 3-0 at home and will be full of confidence for their first World Cup match. Columbia will be looking to gain the 3 points they need to give pressure on the teams in their group.

Columbia key players to look watch out for are: Teófilo Gutiérrez and Jackson Martínez. Falcao is injured so he can not participate in this competition, which is a big disappointment for him and the fans.

Columbia National team are currently ranked in 8th position in the FIFA/Coca-Cola World Ranking, which was just updated in June. This is a great ranking for them, which shows how strong they really are.

Greece National team have also been good lately, here are their stats:

They have many wins and draws lately, they managed an impressive 7 wins in a row then drew against Romania 1-1 and ended their run of matches against Korea Republic, where they lost 0-2 playing at home. It was a big disappointment for them and after that match, they managed 2 goalless draws against Portugal and Nigeria and then went on to beat Bolivia 2-1 at home. They will now head to Brazil for their first group stage match against Colombia and will be tough for them.

Greece National team are currently ranked in 12th position in the FIFA/Coca-Cola World Ranking, which was just updated in June. It is a good position for them.

We predict this match will be tough, both teams have a chance to win this and both teams will be careful not to concede, so we predict it will end in a draw.