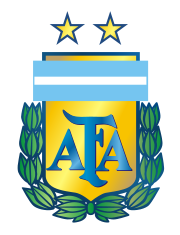 Sweden v Argentina Friendly Football Match will be in 06.02.2013 at Solna Sweden. Thew match will start at 19:00 with GMT. Sweden National Football Team has joined Thailand King’s Cup with their young players recently and they have won to cup. Young players of Sweden are promising for their future. Sweden also got good results in WQ. They have beaten Kazakhstan and Faroe Islands in group and they managed to get a draw against Germany in their last match in WQ. They could make score 4-4 while Germany was leading match with 4-0. That come back shocked everyone in Germany. Now they will face with Argentina for a friendly. Head coach Erik Hamrén called his ideal squad for this match. Markus Rosenberg, Marcus Berg, Ola Toivonen, Oscar Wendt won’t play against Argentina. Zlatan Ibrahimović, Johan Elmander, Kim Källström, Sebastian Larsson, Rasmus Elm are in squad of Sweden.

Argentina National Football Team’s performance is very good at WQ CONCACAF they had only one lose in group and they are in leader position at the moment. They had lose against Venezuela in an away match in 11.10.2011. They have beaten Uruguay and Chile in their last two matches in WQ. Head coach Alejandro Sabella has called his best players to squad for this match. Fabricio Coloccini, Pablo Zabaleta, Javier Mascherano, Ángel di María, Fernando Gago, Lionel Messi, Sergio Agüero, Gonzalo Higuaín and Ezequiel Lavezzi will be in squad against Sweden. Maxi Rodríguez hasn’t called up for this match.

Match Prediction:  There will be 4-6 goals in this match at total.