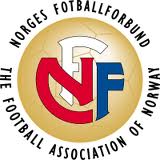 Norway v Ukraine friendly football match will be in Seville, Spain at 06.02.2013. The match will begin at 14:00 with GMT. Norway National Football Team didn’t start well to WQ groups last year and they have lost against Iceland with 0-2. Howeveer they did things better and they beat Slovenia in home first, then they got a draw against Switzerland in away and they beat to Cyprus. Things are going good for Noway National Football Team for now. They have good squad and I believe they can do more. They have also made a few friendlies at South Africa in 2013. They played against South Africa and they won 1-0. In another match they got a draw with Zambia 0-0. Head coach Egil Olsen didn’t called-up Daniel Braaten, Christian Grindheim, Morten Gamst Pedersen and Espen Ruud to squad for this match. Brede Hangeland, John Arne Riise, Håvard Nordtveit, Alexander Tettey, Mohammed Abdellaoue, and Tarik Elyounoussi will play against Ukraine.

Ukraine National Football Team had a terrible start in WQ groups as same as Norway. However they couldn’t fix things yet. They had only two points in group and they weren’t in form in 2012. They got draw with England and Moldova in group and they have lost against Montenegro in their home. Head coach  Mykhaylo Fomenko has called-up his ideal squad for this match. Captain Anatoliy Tymoshchuk will also play against Norway.