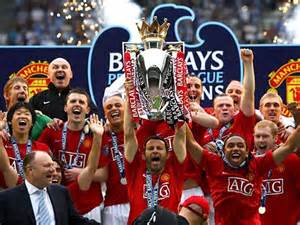 Sunderland v Manchester United football match will be played on 30.03.2013 at the Stadium of Light, Sunderland for a Premier League match.

Manchester United are on their way to winning the Premier League, their 20th EPL title. They are currently first in the Premier League table with 74 points, 15 point clear of Manchester City who are in second place. It is very unlikely that they will drop consecutive points and let Man City claim back to back titles. They will be looking to increase this lead in this match.

Sunderland currently sit in 15th position, a position where if they continue to drop points they might get relegated. With the current form they are in it is really disappointing. Their last win was an away match against Wigan with a 2-3 scoreline on the 19th Jan 2013 and since then, they have already played 7 matches having drawn 3 times and lost 4 times. Sunderland will have a home advantage in this match but I really don’t see them beating in-form Manchester United. I predict Man Utd to score by at least 2 goals in this match, with either Rooney or Van Persie on the scoresheet. (If they get selected to play).