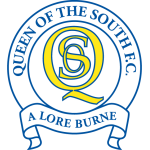 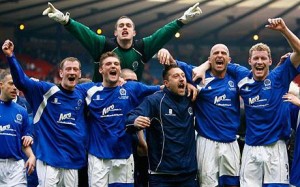 Bayern Munich v Hamburger SV football match will be played on 30.03.2013 at the Allianz-Arena, Munchen for a Bundesliga match.

Bayern Munich / Bayern Munchen how ever you want to spell it are currently in the top of the Bundesliga table with 69 points and currently dominating. They are 20 points in front of Dormund who are in 2nd position only with only 49 points.  Dortmund has been disappointing this year compared to the previous seasons where they won the Bundesliga title. Bayern Munich will look win this match and seal the title. Their form has been really good winning most of their recent matches, their only lost in their last 5 games were against Arsenal in the UEFA Champions League. Arsenal went on to beat them 0-2 at home but Bayern Munich still went through to the next knockout stages based on the aggregate results.

It would be interesting when Pep Guardiola takes over as management for Bayern Munich at the end of the season. Can they get any better with a new manager? Only time will tell. Maybe he will bring Messi with him, who knows right? 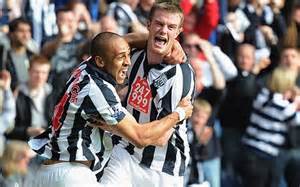 Everton v Stoke City football match will be played on 30.03.2013 at the Goodison Park, Liverpool for a Premier League match. Michael J. Jones will be the referee for this match.

Everton are currently in 6th position in the Premier League table with 48 points. They are also a club that could possibly get a top 4 finish in this seasons Premier League, with a chance to play in the UEFA Champions League. A postion where they are currently aiming for. Europa League is also on the cards next season if they can continue their form and not drop any more points. Right now Everton are above Liverpool with only just 3 points, they will be looking to go above their rivals at the end of the season. 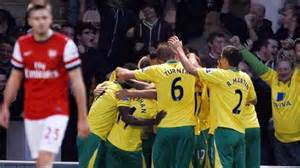 Wigan Athletic v Norwich City football match will be played on 30.03.2013 at the DW Stadium, Wigan for a Premier League match. Howard Webb‎ will be the referee for this match.

Wigan’s form has been good recently as they battle to fight for relegation despite losing to Chelsea 4-1 playing away and Liverpool 0-4 at home, but what do you expect when you play bigger clubs? Most smaller teams lose against the bigger clubs. Wigan still managed to draw with Stoke 2-2 playing away and Southampton 2-2 at home. Their recent wins were against Reading with a 0-3 scoreline playing away and a 2-1 win over Newcastle at home.

West Ham United v West Bromwich Albion football match will be played on 30.03.2013 at the Boleyn Ground, London for a Premier League match. Andre Marriner will be the referee for this match.

West Ham are currently in 14th position in the Premier League table with 33 points joint with Newcastle who are in 13th place. They are only 1 point behind Stoke City and Norwich City and just 2 points in front of Sunderland and Southampton.They will be looking to avoid the relegation zone, which are not many points away from. Their away form has been really poor losing to Arsenal 5-1, Fulham 3-1 and Chelsea 2-0, however they did beat Stoke away with a 0-1 scoreline. Their home form has been quite patchy with a 1-0 win against Swansea and a 2-3 lost against Tottenham.

Manchester City v Newcastle United football match will be played on 30.03.2013 at the Etihad Stadium, Manchester for a Premier League match. Neil Swarbrick will be the referee for this match.

Man City are currently second in the Premier League table with 59 points, 15 points behind leaders Manchester United and just 4 points in front of Chelsea. It is very likely that they will finish in the top 4 this season and qualify for next seasons UEFA Champions League. Chelsea, Tottenham Hotspur and Arsenal will be the teams that will give them pressure. Man City will be hoping to close the gap between Man United but are very unlikely to over take them and win back to back Premier League titles.

Man City’s form hasn’t been that good recently, they drew with Liverpool 2-2 playing at home, lost to Southampton playing away with a 3-1 scoreline then beat Chelsea 2-0 at home, lost to Aston Villa 0-1 playing away and just recently lost to Everton 2-0 playing away. Their current form suggests that they are struggling to keep hold of the 2nd position. If they continue to drop points, they might slip to 3rd, 4th or even below the top 4 UEFA Champions league qualifying spots, but this is very unlikely.

Manchester Citys key players are Joe Hart, Carlos Tevez, Sergio Aguero and David Silva. They will be the most important players to watch out for in this match.