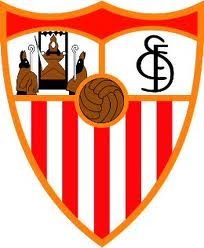 Floundering from one defeat to another, Leicester City now are just a point away from relegation in the English Premier League. The Foxes’ disastrous recent form has been marked by five back-to-back defeats in which they astonishingly didn’t find the back of the net even once. The ultimate denouement came by way of a humiliating 0-2 loss to 20th placed Swansea. Their good run, by contrast, in the UEFA Champions League where they surprisingly topped their Group could very well end when they head to Seville for the 1st leg Round of 16 clash on February 22nd.The signs of what could come was witnessed in their closing game of the Group stages when they were thrashed by Porto 0-5 in an away game.

Three-time Europa League champions, Sevilla, have had a wonderful Spanish season so far under their new coach Jorge Sampaoli. They now are in the 3rd spot on the La Liga table with 48 points, just 1 point behind Barcelona and 3 behind leaders Real Madrid. In the Champions League they came next best to Italian giants, Juventus, in the Group stage, losing just one of their 6 outings in the preliminaries.

Sampaoli’s men marked the season’s high with a 2-1 win over champions Real Madrid in a La Liga clash in January. Since then they have been wobbling a bit, struggling to beat minions like Osasuna and Las Palmas 3-4 and 0-1 and capitulating to a 1-3 upset to Espanyol. But the Leicester defence’s inability to stop leaking goals and folks like Vardy, Gray and Slimani virtually ineffectual upfront, the Spanish will have a huge psychological leg-up going into Wednesday night’s encounter. It’s difficult not to see top Sevilla strikers like Wissam Ben Yedder and Vicente Iborra finding the back of the Leicester net more than once.

There’s no history between these two clubs as this is Leicester’s maiden entry into the European scene (by virtue of being last season’s EPL title holders). The only consolation for Claudio Ranieri’s men is that they will be playing the 2nd leg of the Round of 16 tie home at the King Power stadium in March. The odds for the 22 February clash are hugely in favour of Sevilla.