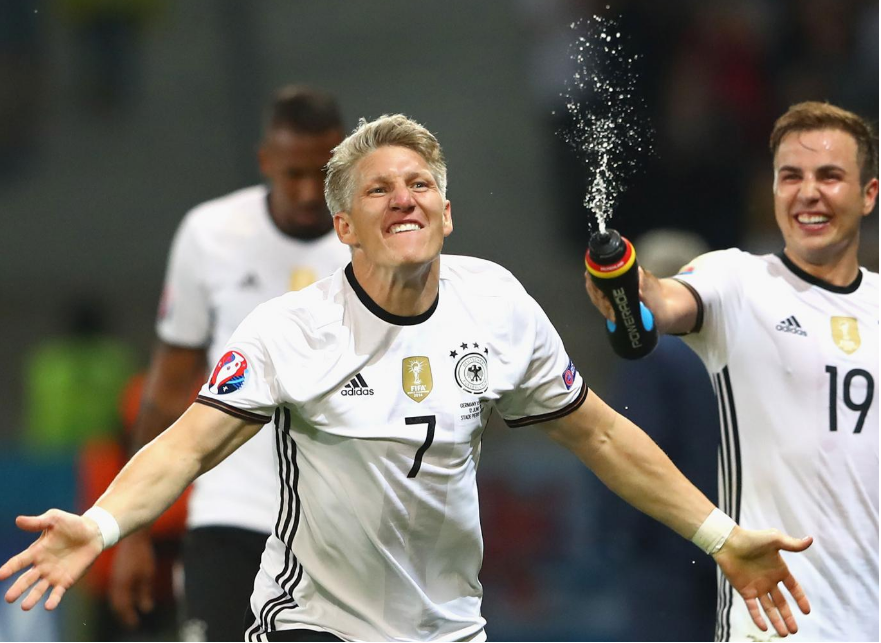 Germany will meet Poland in their second group game of Euro 2016 at Stade de France on June 16. Germany can realistically qualify for the knock out stage with a win over Poland.

Die Mannschaft beat Ukraine 2 – 0 on Sunday to take up the top spot in Group C. Their neighbours and frequent foes Poland were also victorious in their first game of the Euro 2016 campaign.

Group C looks straightforward for the reigning world champions. They are arguably the strongest side in the competition and also the tournament favourites. However, the Poles have the ammunition to challenge Joachim Low’s men for the top spot.

Looking at their previous six international matches, Poland have a much better record than the Germans. Poland have won four and drawn one of their last six fixtures in all competitions while Germany have three wins and three losses.

The three-time European champions Germany have a very good record against Poland. They have defeated their neighbours on previous 13 occasions and have lost only once.

Germany has a very balanced squad while the Poles have some outstanding players in Robert Lewandowski and Arkadiusz Milik who are always preying the opposition defense for a weak link.

It will be an enticing affair as Lewandowski will go up against his club teammates. Germany might come out on top because of the sheer quality they possess in every corner of the field.

In a sense Poland will probably find the Germans less stifling than the ultra defensive Northern Ireland, but I still feel we will see a comfortable German win.