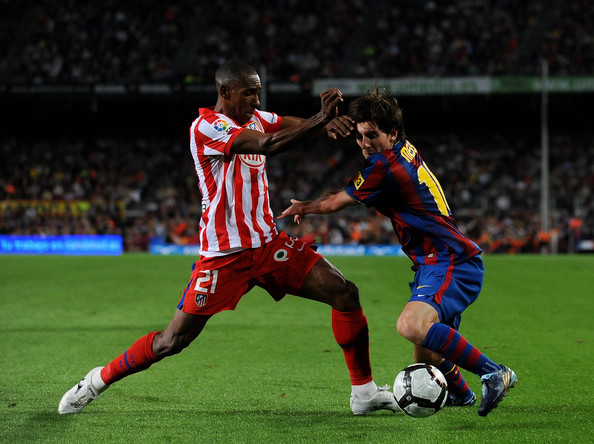 Luis Enrique’s Barcelona fly to Turin for a very tough Round of 8 first-leg outing against Italian champions Juventus. It will be a repeat of 2014-15’s UEFA Champions’ League final in Berlin where the Catalan giants had prevailed. The Bianconeri will be looking for revenge and this home game should provide them a good opportunity to set the records straight. Currently, they head the Serie A table with 74 points and are ahead of next best side, Roma, by a clear 6 points. Juventus haven’t dropped a single of their last six outings in all forms of competition, having won 4 of them. Their last encounter was away at the San Paolo Stadium where they were held to a tough 1-1 draw by Napoli in a Serie A fixture. In the matches where they have emerged victorious, Massimiliano Allegri’s have been far from emphatic, winning by just one-goal margins. Contrast this to Barcelona, who just seem to be getting better by the day. Post their 0-4 loss to Paris St Germain in mid-February, the Blaugrana have virtually steamrolled their opponents. Except for a minor hiccup in the form of a 1-2 loss to minions, Deportivo, Luis Enrique’s men have won 6 games since February and have scored 26 goals while Juventus from the same number of games have managed just 9.

Messi & co. will obviously put behind the Argentine talisman’s four-match international ban while facing the Italian giants. Juventus will need to be at their best and their incredible back line of Bonucci, Chiellini, Lichtsteiner and club legend, goalie Gigi Buffon will be tested to their limits by the predatory goal mouth instincts of Luis Suarez, Neymar, Rakitic and of course, Lionel Messi.

When it comes to getting goals for Juve, a lot will depend on the Argentine pair of Gonzalo Higuain and the very talented 23-year old Paulo Dybala. German international, Sami Khedira and Mario Mandzukic will complement these two in giving the Bianconeri attack the required completeness.

The defence, that proved to be Barcelona’s undoing in their Paris outing against PSG has since witnessed a marked improvement. Pique, Mascherano and Jeremy Mathieu could be expected to be at the top of their game in Turin and could make goals difficult to come by for the hosts. Marc Van ter Stegen is easily the best goal-keeper Barca has had in a long, long time.

All in all, this should turn out to be a fascinating contest with Juventus trying to collect as many goals as they can before they travel to a daunting 2nd leg at Nou Camp the following week. Barcelona will, of course, look for those vital away goals, which one could presume they are likely to get given their attacking firepower. The hosts have been wagered to prevail by the bookmakers in the April 11 Turin clash. It could turn out to be a very close game, indeed.