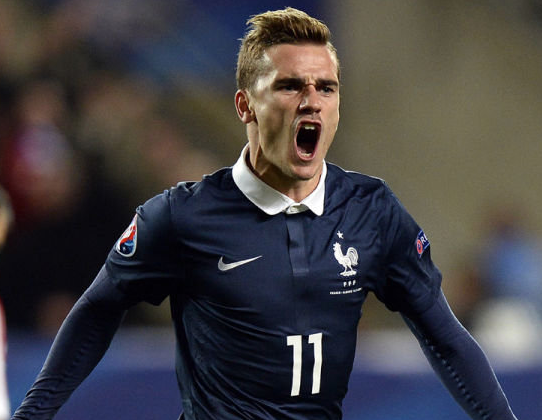 Leicester City’s European dream run continues with their spectacular progress into the last eight of the UEFA Champions League, but they couldn’t hope for a tougher set of opponents than Atletico Madrid. The Foxes may have prevailed over a club like Sevilla in the Round of 16, but Diego Simeone’s men are a different piece of cake altogether. Playing in a 4-4-2 formation this team has managed to beat teams like Real Madrid, Barcelona and Bayern Munich in the past few seasons and even reach the finals of the UEFA Champions twice. Men like Diego Godin, Koke and Gabi in the midfield make it almost impossible for the opposition to get past and score goals making the Los Colchoneros one of the hardest teams to beat in the world. In the attack, they have one of the most fearsome men in the football world in the form of Antione Griezmann. The veteran Fernando Torres, recovering from a head injury, will be around at the Vicente Calderon Stadium on the April 12 to give the Atletico charge more teeth. Los Colchoneros are on the 3rd spot of the La Liga table presently, tied with UEFA Champions rejects, Sevilla, on 58 points and have a vital home game against League-leaders Real Madrid on Saturday.

Leicester City’s domestic run is a far cry from that of their forthcoming rivals and still are deep into the bottom half of the English Premier League table despite their stunning successes since the advent of their new coach, Craig Shakespeare. They have won four Premier League matches on the trot and in their last win of 2-0 win over Stoke City, the Foxes defended well with Danny Simpson, Benalouane, Huth and Fuchs putting up with a superior rival ball-possession and denying any scoring opportunities to the Potters. Jamie Vardy is back into his scoring elements, getting his 11th goal of the season in the Stoke encounter. Islam Slimani is coming back to his old form and his striking abilities along with that of Vardy will hold the key to their clash with Atletico next week. The brilliant show put up by the attacking midfielder Demarai Gray in Leicester’s recent outings needs to be carried out in the same vein at the Vicente Calderon Stadium on Wednesday. Wes Morgan and Robert Huth have a big job at the back in containing the lethal Griezmann and this could be a key factor in the 1st leg clash at Madrid.

There is no history between these two teams and despite the Madrid club’s clear superiority on paper, it would be Leicester City’s unpredictability that could create some nervousness in Diego Simeone’s camp. But barring the unexpected, Atletico Madrid should prevail with a possible score line looking like 2-1. A surprise away goal by the Foxes would stir things up for sure and shouldn’t be ruled out by any means.

Both Teams to Score & Athletico Madrid to Win, Best Odds 3/1