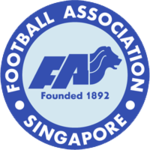 Jordan v Singapore Asia Cup Qualification Group A football match will be in 06.02.2013 at Amman Jordan. Jordan National Football Team wasn’t very lucky in 2012 and they couldn’t get good results. They have made a friendly match against Indonesia before this match and they got a victory with a score 5-0. That was promising effort of Jordan National Football Team before Singapore match. Jordan could able to get only a win and a draw in formal matches in 2012. They made a great surprise and they have won against Australia in WQ and they got a draw against Iraq in home. However they have lost their rest of matches against China, Japan, Oman and Iraq. Head coach Adnan Hamad called his ideal starting line-up for squad in this match. Amer Shafia, Basem Fat’hi, Abdallah Deeb from Al-Wahdat, Anas Bani Yaseen from Al-Dhafra, Amer Deeb from Ittihad Kalba, Shadi Abu Hash’hash from Al-Fateh, Odai Al-Saify from Al Samiya are the most valuable players of Jordan and they have called-up to squad for this match. Jordan v Singapore match won’t be too hard for Jordan side.

Jordan hosted Singapore three times since 2008 and Jordan has won all these matches. The last match in Jordan was 11.11.2011 and Jordan won with a score 2-0.