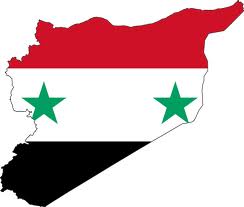 Oman v Syria Asia Cup Qualification football match will be in 06.02.2013 at Muscat, Oman. Oman National Football Team had a better season in 2012 then other years. They promote fourth qualification round groups in World Cup, they qualified semi-final in WAFF Championship but they weren’t very good at Gulf Cup at the end of 2012. Oman’s French head coach Paul Le Guen has called his ideal starting line up for this match. They want to qualify Asia Cup in 2015 and they want to start with a win. Oman v Syria football match will be quite hard match for both sides.

Syria National Football Team had won WAFF Championship at the end of 2012 and they have surprised everyone. They have played against Iraq in final and they got a victory in that match. Generally head coaches doesn’t call their ideal starting line-up at WAFF Championship. However they have lost against Tajikistan in both matches surprisingly and they couldn’t even promote group rounds. They have also joined Asia Nehru Cup in 2012. They have lost against India and Maldives. They got a draw against Cameroon and they have won against Nepal. Syria performance is not really trusting. Their players are generally playing at Syria local league at the moment.

Match  Prediction: There will be less then 3 goals at total in the match. I think there will be a draw