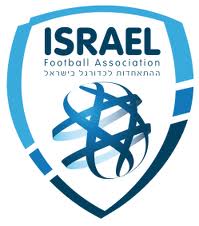 Israel v Portugal football match will be in 22.03.2013 at Ramat Gan, Israel for World Cup 2014 Qualification match. Israel National Football Team got 1 lose and 2 wins in their last 3 international matches. Their last match was against finland and they got a win against finalnd with 2-1 score. They have called their best players for this match. Only Ben Sahar hasn’t called-up and he won’t be in squad against Portugal. Dudu Aouate from Mallorca, Tal Ben Haim from QPR, Bibras Nathko from Rubin Kazan, Beram Kayal from Celtic, Yossi Benayoun from Chelsea, Tomer Hemed from Mallorca and Itay Shechter from Swansea has been called up for Israel squad. These players are the most valuable players of Israel Squad and I believe we will see this players in Israel squad against Portugal.

Portugal National Football Team got a surprising lose against Ecuador with 2-3 score. They got 2 draws and a lose in their last 3 international matches. They also got draws against Northern Ireland and Gabon. Portugal has same point with Israel in group stages. They have lost 5 points in their last two matches in group. They have lost against Russia and they got a draw against Northern Ireland as I have mentioned. This match will be decisive about Prtugal future in group. Bruno Alves from Zenit, Pepe from Real Madrid, Fabio Coentrao from Real Madrid, Meireles from Fenerbahce, Joao Moutinho from Porto, Miguel Veloso from Dinamo Kyiv, Cristiano Ronaldo from Real Madrid, Helder Postiga from Real Zaragoza will be in Portgual squad against Israel. Nani from Manchester United hasn’t called-up for this match. Nani was an important player for Portugal.