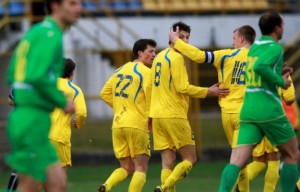 NK Zagreb is fighting against relegation in this season. They have finished to season at 6th position last year but they are not that good anymore. I think their squad quality is not good enough for Croatia League anymore. NK Zagreb may relegate at the end of season. I don’t think that Inter Zapresic will lose such a critical match in home against NK Zagreb. Nk Zagreb couldn’t win at away 6 matches in a row. They have lost against RNK Split with 3-2 score in their last away match.