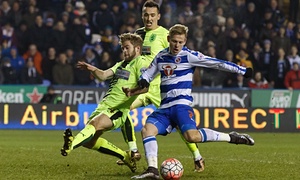 Huddersfield Town welcome a Cardiff City team that are within a couple of wins of the playoff places, so they need to be wary of their opponents on Saturday. And while Cardiff are dreaming of the playoffs, Huddersfield are eight points ahead of the relegation zone and still need to ensure their survival. Each team has something to play for in this game.

Former Jürgen Klopp assistant David Wagner has overseen a positive run of results in Huddersfield’s last four home games. The Terriers had managed to win three successive home games before being halted by a 1-1 draw versus Fulham. Unfortunately, they need to pick themselves up after narrow 2-1 away loss toe Brighton.

Huddersfield have been better at home than they have been in their away games. They have proven quite capable in defence by conceding 16 in 14 home games, while scoring 22 over the same period. Forward Nahki Wells has been Huddersfield’s top goal-scorer in the Championship. The Bermuda native can inspire a victory if he adds to his nine league goals this season.

Cardiff’s crawl towards the promotion places is due to the strength of their home performances, which have been better than when they play away. While Cardiff are rated sixth for their home form, their 16th-ranked away form has held them back. They have dropped a lot of points by struggling to find the back of the net.

Their return of 14 goals in 14 games simply hasn’t been good enough to generate points away from home. However, they did manage to snap a three-game losing streak, which had blighted their away form, when they beat Wolves 3-0.

Both teams have been in decent form and could cancel each other out in a low-scoring game. Although Cardiff have generally been poor away from home, they did attain an outstanding 3-0 result against solid opponents in Wolves. At this time, a point would be a good result for both sides.