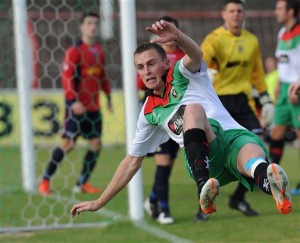 Glentoran  v Dungannon football match will be in 05.02.2013 at  Belfast, North Ireland. The match will start at 15:00 with GMT. Glentoran FC hadn’t a good season this year. They are at 6th position in Northern Ireland Premier League and they want to reach play-offs. Glentoran FC has average performance in home matches. They got  6 won 4 draws and 2 loses in home matches. They have lost their last home match against Ballymena United. Glentoran has hosted Dungannon Swifts in home at 10.11.2012 and they phenterminehclrx have won this match with 2-1 score. Glentoran’s last match was against Portadown and they have lost that match (0-1) Their new transfer Jay Magee had a red card in that match and he won’t able to play in this match. I believe abscense of Jay Magee will afffect Glentoran’s defence performance. There’s no injured players in Glentoran squad at the moment.