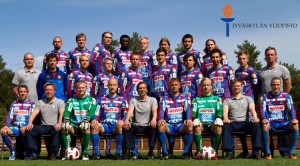 Jyvaskyla JJK v Lahti  football match will be in 05.02.2013 at Jyvaskyla, Finland for Finland League Cup match. the match will start at 16:00 with GMT. Jyvaskyla JJK had a surprising win against Inter Turku in an away match and now they have a chance to promote from group. They need to pass Lahti first. They have also faced with Lahti in 16.01.2013 and they got a draw in away match. Jyvaskyla JJK has four points in group and they shouldn’t lose any point in their home. They haven’t got any injured or suspended players in squad. They are well orderklonopin2mg motivated after victory against Inter Turku.