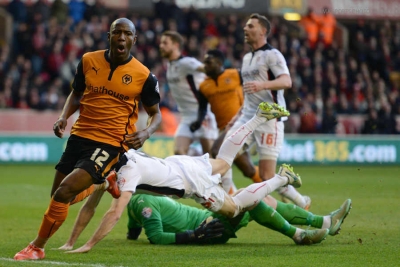 Fulham have not experienced a sudden turnaround following the late-December appointment of new manager Slaviša Jokanović, who once spent a couple of seasons in England as a Chelsea player. Club owner and chairman Shahid Kahn wants success, but Fulham would do well to avoid relegation.

Fulham did beat Rotherham 4-1 in their first game under Jokanović, but have since lost twice and drawn once. The elation of winning 4-1 has since abated, with Fulham yet to win their first league game of 2016. Hull City represent an immense challenge for a Fulham side that cannot use their home ground to their advantage.

For perspective, Fulham’s record of 23 goals in 13 home games is three goals better than league-leaders Middlesbrough. However, Fulham’s disastrous defence has undone all of the good work done by the attackers. Their leaky defence has allowed 22 goals at home and could struggle badly against Hull’s league-best attack.

Hull lead the league with 44 goals in 27 games. Their away record of 14 goals in 13 games is not quite so impressive, but Hull do have the quality to improve their away form. Manager Steve Bruce was able to help his side snap out of a three-game losing streak away from home by defeating QPR 1-0 away on New Year’s Day. Hull beat Charlton 6-0 in their last game, so they get to carry that confidence into this encounter.

Bruce and his team have benefited from the production of Uruguayan forward Abel Hernández, who has scored 14 in 22 league appearances. At the other end of the pitch, Hull will need to be strong in defence to thwart Fulham. The towering Curtis Davies will be the man to look to for a good performance at centre-back.

Fulham score heavily and concede heavily when playing at Craven Cottage. The fact that Hull City have the league’s best attack means that over 2.5 goals could be on the cards at 2.00. Meanwhile, Hull winning away from home is worth 1.95 odds.