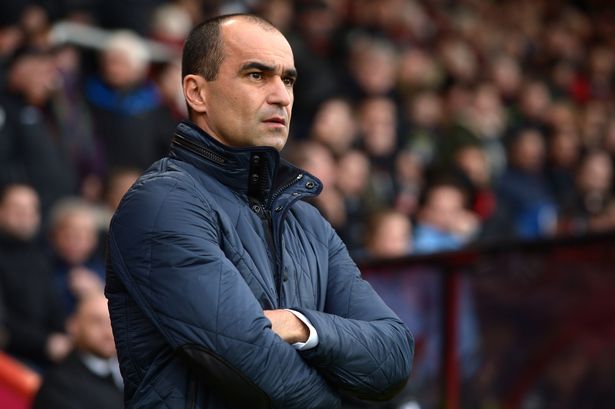 Arsenal were leading the title race at the end of last year but now the Gunners have fallen 11 points behind the league leaders Leicester City with nine matches to go.

March has not been a good month for Arsene Wenger’s men as they have dropped four points in two Premier League outings and have been knocked out of the FA Cup by Watford. They face Barcelona for the second leg of their crucial round of 16 tie at Camp Nou. The Catalan giants are the favourites to advance to the next stage after taking a two goal lead from the triumph at the Emirates.

Unlike Arsenal, Everton are through to the semi-final of the FA Cup. The Merseyside club grabbed an impressive 2 – 0 victory against Guus Hiddink’s Chelsea at home on Saturday. The Toffees will face the winner of West Ham and Manchester United at Wembley. Roberto Martinez’s team are 12th in the Premier League table but they are not very far away from the top half of the table. They are two points behind tenth-placed Chelsea but the competition for a top half finish is quite intense this season.

Everton have a better league form than the North Londoners. They have won three and lost three of their last six Premier League matches, while the Gunners have won two and lost two.

Arsenal beat Everton 2 – 1 at the Emirates in the match in the first half of the season. The visitors finished with ten men as Gareth Barry received his marching orders in the injury time. The last clash between these two teams at Goodison Park ended in a 2 – 2 draw. Arsenal have a better recent record than their opponents at the weekend with three wins and two draws from their last six league meetings.

A loss at the weekend can push Arsenal out of the top four. Everton, on the other hand, can plummet to the 14th spot if they drop points at the weekend.

Quite a tough one to call and this is reflected by the bookies with both Everton and Arsenal being given similar odds to win the game.

A safer option in my opinion is to go with Romelu Lukaku hitting the back of the bet. Everton are scoring a lot of goals lately and Lukaku has scored in each of the last 4 games.