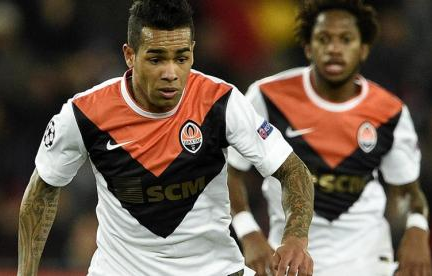 The two teams had contrasting outings in the quarter-final. Shakhtar Donetsk were 2-1 winners in the first leg at Portuguese side Braga and absolutely shellacked their opponents at home in a 4-0 win to secure their place in the last four with a 6-1 aggregate win.

Sevilla, on the other hand, had a difficult fixture on their way to the last four. They secured a 2-1 away win at Athletic Bilbao in the first leg, but the Basque outfit registered a 2-1 win of their own at the Estadio Sanchez Pizjuan. After an aggregate 3-3 draw the match went to the penalty shootout, where Sevilla succeeded with a 5-4 win.

The 2009 Europa League winners have been the flag bearers of eastern European football for quite some time and they will be eager to repeat the feat of Dnipro Dnipropetrovsk, who made it to the final of the competition last season, although Mircea Lucescu would love to do one better than the fellow Ukrainians.

Sevilla are a formidable side in the Europa League and nothing attests to it than the fact that they have won the last two editions of the competition and they look set for an unprecedented hat-trick. Unai Emery’s men will face stiff opposition from Lucescu’s charges as the vastly-experienced manager will not leave any stone unturned to take his team to the final at the expense of the Spaniards.

Emery’s tournament pedigree, however, will come in handy in this intriguing encounter.

History doesn’t always repeat itself and given sevilla less than convincing Europa League campaign this year I think Shakhar Donetsk are value to qualify at 2.88.