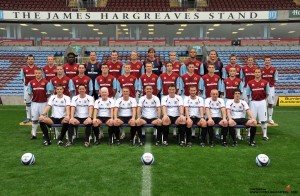 Burnley v Huddersfield Town football match will be in 26.02.2013 at Burnley, England for England Championship match. Burnly couldn’t win 5 matches in a row in England Championship League. If this performance goes on for a few matches,  they won’t have any hope for promote to play-off matches at the end of season. I don’t think that they will promote play-off matches but I expect them to be close top mid-table at the end of season. Burnley got 2 wins, 1 draw and 2 draws in their last home match. They have beaten Crystal Palace with 1-0 score and Derby County with 2-0 score in home. They got draw against Middlesbrough in their last home match with 0-0 score and they have lost against Birmingham 1-2 and Leicester City with 0-1 scores. Defender Ben Mee is injured at Burnley squad and he won’t be on the pitch against Huddersfield Town.