Hull City is doing really well in the England Championship League this season and they have a great chance to get promoted to Premier League at the end of the season if they continue to get the points they need. Hull City are currently in 2nd position with 77 points, and just 7 points between them and Cardiff City from winning the title. Watford are behind them by 6 points in 3rd position. Hull City has recently signed 3 Egyptian players on loan and have been good lately. In their last 5 matches, they have won 3 times and lost twice. Their recent match was against Wolverhampton Wanderers, which they lost 1-0 playing away.

Peterborough United v Brighton & Hove Albion Football Match will be played on 16.04.2013 at London Road Stadium (Peterborough) for an England Championship League match. R. Madley will be the match referee.

Peterborough United Football Team have been poor at the start of the season and are currently fighting for relegation, they are in 21st position right now with 50 points, the teams above them and below them are only a few points away, expect Bristol City who have only 40 points and will be guaranteed relegated. Peterborough United will be looking to stay out of the relegation zone and will be desperate for points, same goes for the teams who sit near them. They have actually been quite good near the near the end of the season, where they are currently unbeaten in 9 matches. It will be interesting to see if they can continue this run of matches and stay in the Championship League next season. In their last 5 matches, they have won 3 times and drew twice. Their recent match was against Watford, beating them 3-2 in a tense match.

Wolverhampton Wanderers v Hull City Football Match will be in 16.04.2013 at Molineux Stadium (Wolverhampton, West Midlands) for an England Championship League match. A. Woolmer will be the match referee.

Wolverhampton Wanderers Football Team have been poor all season are currently fighting for relegation, as they are in 23rd position in the English Championship table, with 48 points. Bristol City are below them with 40 points and will be guaranteed to get relegated, with only 4 fixtures remaining this season. Wolverhampton Wanderers still have a chance to stay in the Championship League if they win this match and hope the teams above them drop points. Last season, they were in the Premier League and got relegated, now it seems like they will have a chance to get relegated again in this league. In their last 5 matches, they have won 3 times and lost twice. Their recent match was against Huddersfield Town, which they lost 1-3 playing at home. They will be struggling for wins, especially against Hull who have been really good this season.

Cardiff City v Charlton Athletic Football Match will be played on 16.04.2013 at Cardiff City Stadium (Cardiff (Caerdydd)) for an England Championship League match. S. Mathieson will be the match referee.

Cardiff City Football Team are currently in the top of the English Championship table with 83 points, they are 6 points in front of 2nd place Hull City who both will most likely get promoted to the Premier League with only 4 fixtures remaining. In their last 5 matches, they have lost once, drew twice and won twice. Their recent match was against Nottingham Forrest which they won the match by 3 goals to nil.

Leicester will host this match against Birmingham City and will hoping to stay in the promotion playoff positions. They currently sit in 7th position with 60 points. Leicester has been really poor in their recent matches, they are struggling to win and haven’t won a match in 8 matches in a row. Their latest match was against Brighton & Hove Albion FC with a 1-1 draw playing away. 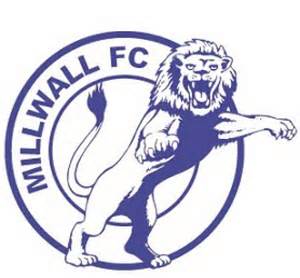 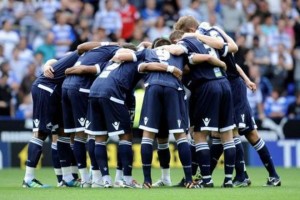 Leicester will host this match against Millwall and will hoping to stay in the promotion playoff positions. They currently sit in 6th position above Millwall who are currently sitting in 14th position. Leicester’s last 6 matches have been really poor. They beat Blackburn 3-0 at home in late February then struggled and haven’t won since, with many draws and loses.