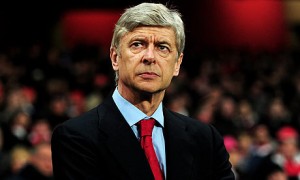 Arsenal FC v Reading football match will be played on 30.03.2013 at the Emirates Stadium, London for a Premier League match. Chris Foy will be the referee.

Arsenal are currently fifth in the Premier League table with 50 points, 4 points behind Tottenham Hotspur and just 2 points in front of Everton. They will be hoping for a top 4 finish this season and hoping to qualify for next seasons UEFA Champions League.

Arsenal’s form has been quite good in form in the latter stages of this season, however they did lose to Tottenham on the 3rd March 2013 with a 2-1 scoreline playing away.

Reading currently sit in 19th position with 23 points, joint with Queens Park Rangers at the bottom of the table. They will be fighting for relegation. Wigan are 4 points above them with 27 points and Reading will be looking to gain 3 points in this match, they couldn’t afford to lose any more matches. Reading’s last win was against Sunderland with a 2-1 scoreline playing at home, that was on 2nd February 2013 and they have played 5 games since, losing all of them. I predict Arsenal will win this match just by looking at the current form but I believe Reading will play at their best level, since they will be fighting for relegation and hoping to gain points.