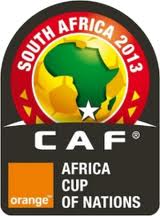 Angola v Morocco Football Match – Africa Cup of Nations Match Preview – 19.01.2013 : 7 PM (GMT)
Angola National Football Team hardly joined to Africa Cup Of Nations. They have lost against Zimbabwe in the away match 1-3, however they could manage to beat Zimbabwe in Luanda with 2-0 score and they promote to  Africa Cup of Nations Finals. Angola National Football Team Players were generally playing in Portuegese Leagues in past years. Nowadays it’s not like that. However they are generally playing in Cyprus. Head Coach Gustavo Ferrín created a young squad for Africa Nations Cup. Manucho Gonçalves from Real Valldolid is the most valuable player in Angola squad. There are also Gilberto AEL Limassol and Djalma from Kasimpasa.

Morocco National Football Team has very good team at the moment and they should get a result in South Africa with this quality squad. Mehdi Benatia(defender) from Udinese, Ahmed Kantari(defender) from Stade Brest, Karim El Ahmadi from (midfielder) Aston Villa, Younès Belhanda (midfielder) from Montpellier, Mounir El Hamdaoui (striker) from Fiorentina, Nordin Amrabat (forward) from Galatasaray, Oussama Assaidi (forward) from Liverpool will play in this tournament. If they can’t get any result in this tournament that will be really dissapointing.