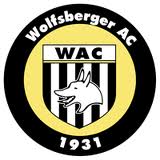 Mattersburg is generally finish Austria Bundesliga close to relegation line every year. I don’t expect them to relegate again but they should gather a few points at away matches. They got only 1 win, 2 draws and they scored 7 goals and conceded 35 goals at away matches in Austria Bundesliga. They got their only win against Wolfsberger AC with 1-0 score in 18.08.2012. I don’t think that they will do the same again. They have some problems in squad. There’s 1 banned and 3 injured players in Mattersburg squad. Ilco Naumoski (st) has been banned in Mattersburg’s last match and he won’t be in squad against Wolfsberger AC. Nedeljko Malic (def), Lukas Rath (def) and Dominik Domeschal (mid) are injured and they won’t be in squad in this match too.