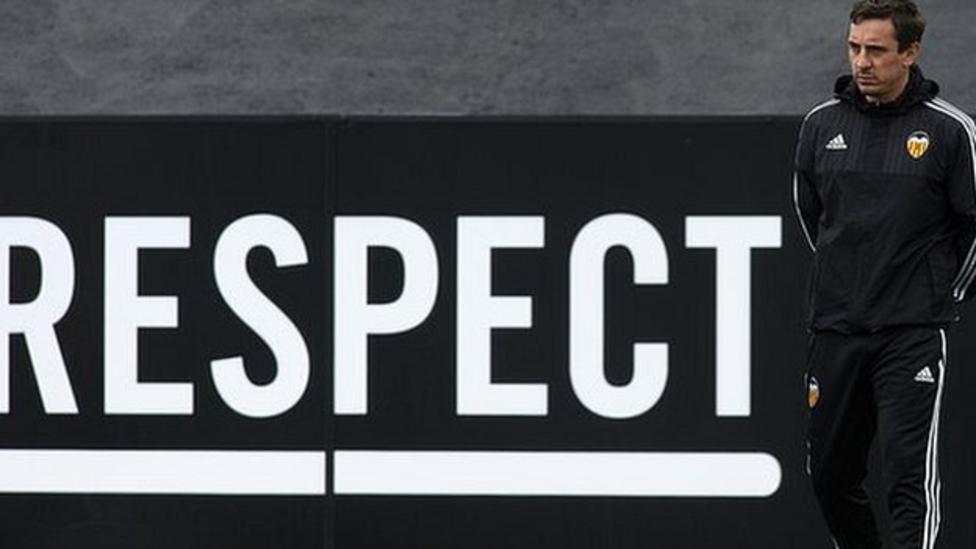 Gary Neville will be on the touchline for his tenth La Liga game on Saturday as Los Che play host to Espanyol at the Mestalla Stadium.

Since the appointment of Gary Neville, Valencia have earned only five points out of possible 27. They have dropped down to the lower half of the Spanish league table and a loss at the weekend can potentially push them to the 15th spot. If the results don’t improve they might soon end up in the relegation zone.

Valencia were defeated 1 – 0 by Real Betis on Sunday. However, Espanyol got a much worse punishment on Monday. The Catalans lost 5 – 0 at home to Real Sociedad. Espanyol are yet to win a match since the 1 – 0 win over Las Palmas in December last year. Both the teams are low on confidence because of the thrashing they have received over the last few weeks. Before the catastrophic result on Monday, Espanyol were beaten 6 – 0 by Real Madrid at the Santiago Bernabeu at the start of February. Valencia lost by a bigger margin in the Copa del Rey against the treble winners. The European champions Barcelona defeated them 7 – 0, which gave twiterrati another opportunity to mock the Manchester United legend.

In September last year, Espanyol beat Valencia 1 – 0 in the first half of the season. But last season Valencia came out on top in the same fixture as the match at Mestalla in September 2014 ended 3 – 1 in favour of the hosts.

Out of their last six matches in all competitions, Valencia have lost three and drawn two. The 17th-placed Espanyol have lost five times and drawn once.

Gary Neville’s Valencia might register their first league victory under the new coach on Saturday. But it seems highly unlikely that the former Sky Sports presenter will remain the head coach of the club beyond the European championship in France. According to various sources, the Englishman has the backing of owner Peter Lim until the end of this season. Rafa Benitez is believed to be Neville’s replacement at the Mestalla.

With both teams struggling to score, we expect a low scoring affair but think Valencia will just edge it.